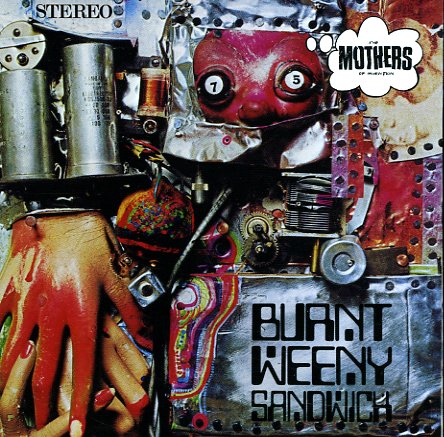 A burnt weeny sandwich from Frank Zappa & The Mothers Of Invention – and a record that shows just how far they'd come in just a few short years! In a way, the record feels almost like a summation of all the best ideas that Frank had come up with in the studio – some serious musical compositions, mixed with pop music parody, and still a touch of that sharper wit from the initial records – yet all delivered with a dexterity that nobody would have expected from The Mothers at the start! And if anything, there's almost more care and sensitivity here at times – especially on some of the piano parts – showing that Zappa's way more than just a freak letting his flag fly – and has plenty of ears for sounds that go way beyond his scene. Titles include "WPLJ", "Igor's Boogie", "Aybe Sea", "Holiday In Berlin Full Blown", "Valarie", and "The Little House I Used To Live In".  © 1996-2021, Dusty Groove, Inc.
(Blue label pressing. Cover has light wear.)