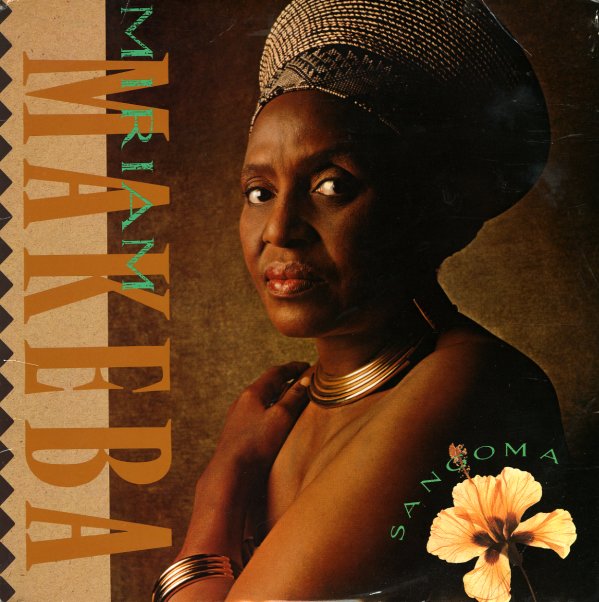 After hitting big success with Paul Simon's Graceland album in the mid 80s, Warners kind of had a little burst of renewed activity in recording the sorts of artists they paid attention to more in the glory days of the late 60s/early 70s record industry boom. Fortunately, Miriam Makeba benefitted from that surge of activity, and was able to cut this excellent album in a style that was far rootsier than any she'd used in years! The record has a pretty spare feel overall, and most tracks only feature vocals and percussion – with some occasional extra instrumentation, and production that's very much in the Ladysmith Black Mambazo mode from the time. titles include "Sabumoya", "Congo", "Icala", "Ihoyiya", and "Embahaceni".  © 1996-2023, Dusty Groove, Inc.
(Sealed copy! Shrink is open at the top corner.)

World Of Miriam Makeba
RCA, 1963. Near Mint-
LP...$9.99
One of Miriam Makeba's first albums released in the US. A hip set with backings by Hugh Masekela, in a mode that's got a nice South African soul groove to it – but which still had enough folksy touches to keep the American crossover audience happy. Titles on that one include "Forbidden ... LP, Vinyl record album