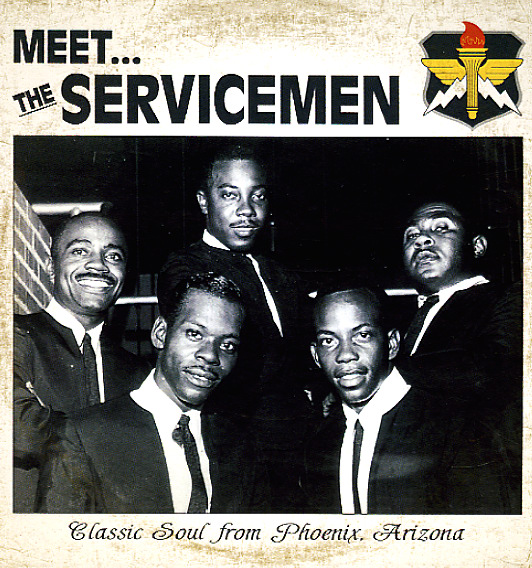 Classic styled and classic worthy R&B vocal group soul from The Servicemen – a group based at Luke Air Force Base near Phoenix, AZ – a mix of uptempo productions and sweet acapellas cut in '66 & '67! A few numbers have lit up the UK Northern Soul scene in the past decade or so, but for the most part this material has languished undiscovered, and it's well worth checking out. The rhythms are tight and sharp, and there's some nice production touches on some of it, including some vibes and solid horn arrangements, but the focus is on the group vocals, left to lead the way on the acapella versions. A mix of uptempo numbers and ballads, with titles including the main and acapella versions of "Are You Angry", "I Need A Helping Hand" and "My Turn", "I'll Stop Loving You", "Close Your Eyes", "Right Around The Corner", the acapellas "Come Back To Me" and "Why Can't You Be True".  © 1996-2021, Dusty Groove, Inc.
(Comes in nice gatefold cardboard sleeve.)