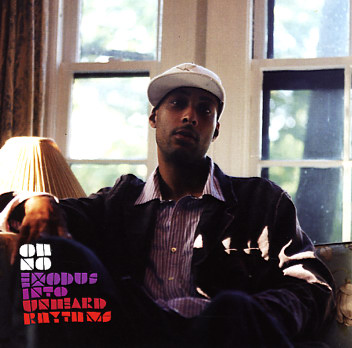 Exodus Into Unheard Rhythms – Made With The Music Of Galt MacDermot

A landmark hip hop album from Stones Throw MC and producer Oh No – one that's assembled almost entirely of samples from the work of jazz funk pioneer Galt MacDermot – with a reverent roster of guest vocalists that include Pos of De La Soul, AG, Vast Aire, MED, Dudley Perkins, Frank N Dank and more! In a way, this is the first album of it's kind in the history of hip hop. The Stones Throw label has never made secret of just how deeply influenced they are by Galt's oeuvre – and this LP is not only a great show of respect to the composer, it's the best work Oh No's done to date. Fresh and funky all the way through! Titles include "Beware" feat Cali Agents, "Black" feat Wise Intelligent, "To Be An MC" feat K Jay, "Keep Tryin'" feat Roc C, "Know Better" feat Wordsworth, "Second Chance" feat Aloe Blacc, "Low Coastin'" feat AG, "Cut Session" feat DJ Romes, "Smile A Little Bit" feat Posdnuos, "Keep It Lit" feat MED & Wildchild, "In This" feat Murs, "Hank" feat LMNO, "Lights Out" feat Frank N Dank and more!  © 1996-2021, Dusty Groove, Inc.
(Out of print, punch through barcode.)