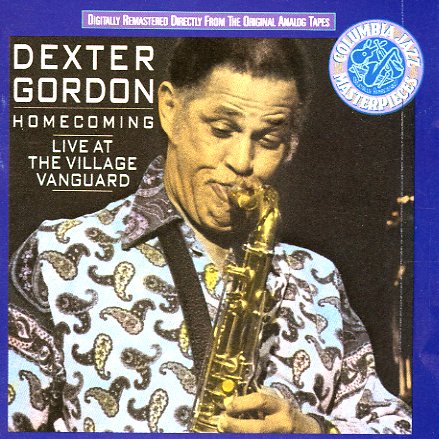 Dex's famous return to New York in the mid 70s – recorded at the Village Vanguard in 1977, and featuring some of his best group-heavy playing of the decade! The quintet is fantastic – and includes Woody Shaw, Ronnie Matthews, Stafford James, and Louis Hayes. Features versions of Shaw's "Little Red's Fantasy" and "In Case You Haven't Heard", Matthews' "Let's Get Down", Jimmy Heath's "Gingerbread Boy", and Gordon's own "Fenja" and "Backstairs".  © 1996-2022, Dusty Groove, Inc.
(Out of print.)