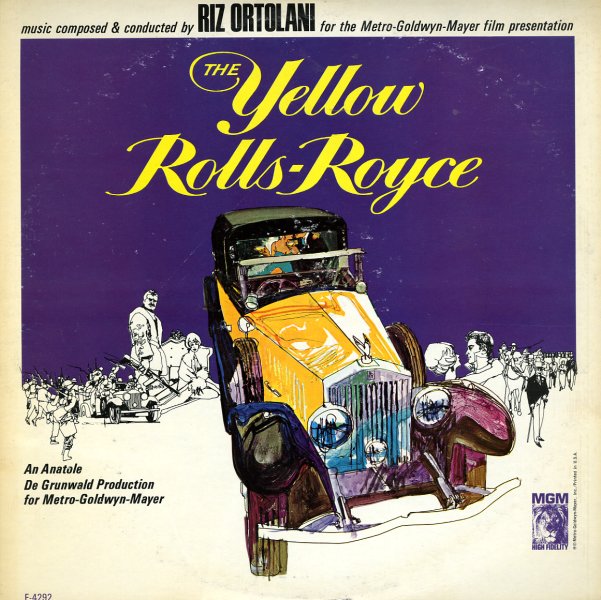 Although Riz certainly did some groovy work during the late 60s in Italy, this score's pretty straight stuff – mostly period tunes with a lush rich feel. The album does include the original version of "Forget Domani", which became a vocal hit for Sinatra. Other tunes include "Finale", "Going To Soriano", "Yellow Rolls Royce", "Eloise", and "Mae".  © 1996-2021, Dusty Groove, Inc.
(Stereo pressing with deep groove. Cover has some wear and aging.)

Day Of Anger
RCA, 1970. Very Good
LP...$14.99
A really great little western score from Riz Ortolani – a composer you might know from bigger films of the 60s, and a handful of especially nice action and comedy soundtracks too! Riz seems to be drawing on the latter a bit here – as he mixes the usual western elements with some ... LP, Vinyl record album

Shoes Of The Fisherman
MGM, 1968. Near Mint- Gatefold
LP...$1.99
A dramatic score for this all-star, big-budget film about international intrigue – with a setting that runs from Red China to the Vatican, and a set of stars that includes Anthony Quinn, Oskar Werner, David Janssen, and Laurence Olivier. The tracks are all fairly straight orchestral ones, ... LP, Vinyl record album

Girl From UNCLE
MGM, 1966. Sealed Gatefold
LP...$24.99
One of the greatest spy soundtracks of the 60s – a very groovy batch of tracks written for Stefanie Powers' brief TV show, The Girl From UNCLE! The music here is better than the male version of the UNCLE franchise – hip 60s spy themes, done in a groovy style for the television audience ... LP, Vinyl record album