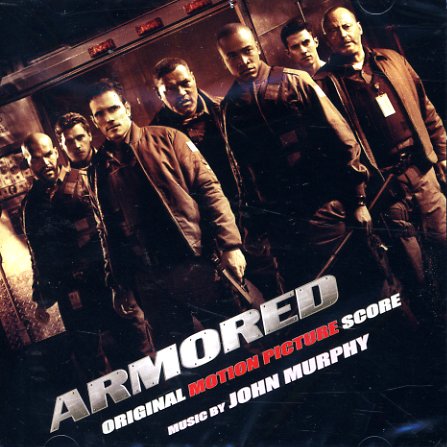 Bandolero
Project 3/La La Land, 1968. Used
CD...$24.99
A way cooler soundtrack than you might expect – not only different than the usual western score of the time, but surprisingly sophisticated work for a movie that featured stars like Dean Martin, Jimmy Stewart, Raquel Welch, and George Kennedy! The music was conducted by Lionel Newman, and it' ... CD

Planet Of The Apes TV Series
La La Land, 1974. Used 2 CDs
CD...$24.99
Pretty great work for the short-lived Planet Of The Apes TV show in the 70s – a brief spinoff of the films, done with a surprisingly similar style – and with some excellent soundtrack music that's really a cut above the usual for the time! The bulk of the music here is by Lalo Schifrin ... CD

Movie & TV Themes Composed & Conducted By Elmer Bernstein
Choreo/VSOP, 1962. Used
CD...$9.99
Elmer Bernstein serves up some of his most famous soundtrack themes – but in a style that's even more jazz-based than the original! The group here is a large one, filled with great west coast players – and Bernstein's tunes sparkle even more in this rich setting than they did in their ... CD