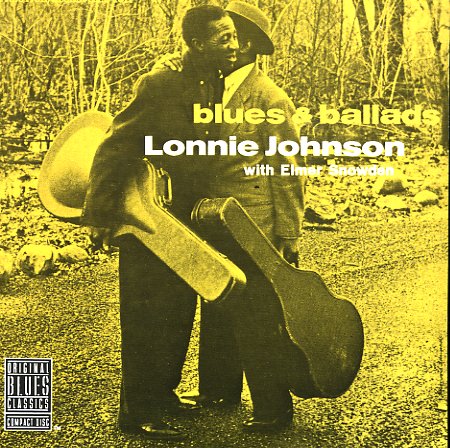 Rootsy blues from the brief stretch when Prestige Records was experimenting with non-jazz material – a back-to-basics session that features Johnson on electric guitar and vocals, Snowden on acoustic guitar, and only Wendell Marshall's jazz-trained bass to back the pair up. The work's in a style that's rootsier than the mainstream – almost an imagined past for this sort of blues, and one that was more aimed at the college and folksy crowd of the time than anyone else. Titles include "Savoy Blues", "I'll Get Along Somehow", "Haunted House", "Memories Of You", "I Found A Dream", and "Blues For Chris".  © 1996-2022, Dusty Groove, Inc.