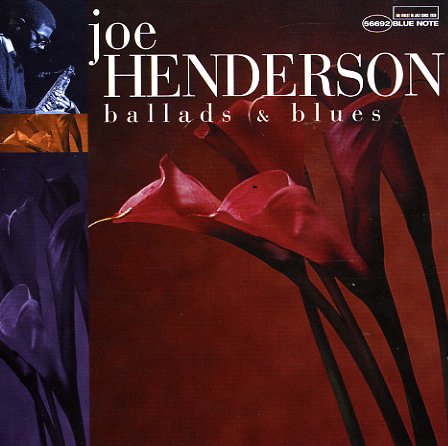 Brings together a few choice cuts from Henderson's initial Blue Note run along with more recent material from his two State Of The Tenor albums. Tracks include "La Mesha", "Out of The Night", "You Know I Care", "Soulville", and "Ask Me Now".  © 1996-2021, Dusty Groove, Inc.
(Out of print. Mark through barcode, disc has a promo stamp.)

Mode For Joe (with bonus track)
Blue Note, 1966. Used
CD...$9.99
Classic early work by Joe Henderson – very well titled with the use of "mode", given the new sound and new direction Henderson was taking his tenor in the 60s! The album's got Joe working at the head of an all-great lineup that includes Lee Morgan, Curtis Fuller, Cedar Walton, and ... CD

Double Rainbow – The Music Of Antonio Carlos Jobim
Verve, 1995. Used
CD...$6.99
You probably know the music – as the record got a lot of press when it came out – but in case you don't, some tracks feature Herbie Hancock and Christian McBride backing Joe up, and others have Eliane Elias and Oscar Castro-Neves. Titles include "Boto", "Felicidade" ... CD

Fancy Free
Blue Note, 1969. Used
CD...$22.99
One of the coolest, grooviest 60s albums from trumpeter Donald Byrd – one that has him really reaching out for a hip new sound, but in ways that are different than most of his other material at the time! Key on the date is the placement of electric piano from Duke Pearson – played in ... CD