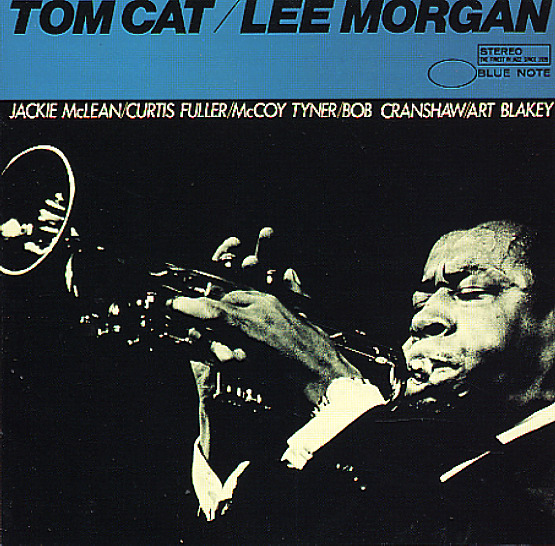 One of our top 5 favorite Blue Note records of all time – a bold and powerful session from trumpeter Lee Morgan, but one that sat in the vaults for 15 years before release! The session was recorded around the same time as Morgan's hit The Sidewinder (which eclipsed its release at the time) – but it's got the soaring, searching energy of later Morgan work on records like Sixth Sense or Charisma – a whole new groove at the time, and one that's explored perfectly by a group that includes Jackie McLean on alto sax, Curtis Fuller on trombone, McCoy Tyner on piano, Bob Cranshaw on bass, and Art Blakey on drums. Modal lines come into play with older hardbop and soul jazz modes – and the result is an explosive batch of tunes that resonate with bold power throughout! Nearly all tunes are incredible originals by Lee Morgan – and titles include "Tom Cat", "Exotique", "Twice Around", and the completely captivating "Rigor Mortis". A treasure, and one not to pass up!  © 1996-2022, Dusty Groove, Inc.
(Out of print.)

Candy (Japanese pressing)
Blue Note (Japan), 1957. Used
CD...$16.99 (CD...$11.99)
A very different album for Lee Morgan – especially in comparison with his other early sessions! The record is a gentle batch of ballads and standards, played by Morgan with a quartet that includes Sonny Clark on piano, Doug Watkins on bass, and Art Taylor on drums – all beautifully ... CD

Sixth Sense (with bonus tracks)
Blue Note, 1967. Used
CD...$11.99
Beautiful late work from Lee Morgan! The last five years of Lee's life saw him really stretching out to do some fantastic writing, playing, and leading – and this record stands today as one of the best examples of that period – a pure act of genius, with a sound that really takes off ... CD

Lee Morgan (aka The Last Session)
Blue Note, 1971. Used
CD...$16.99
Brilliant work throughout – the last studio album ever cut by Lee Morgan, and a mindblowing session that always leaves us wondering how massive he would have become if he hadn't been tragically murdered shortly after it was recorded! The album's a huge change from Morgan's already-great work ... CD