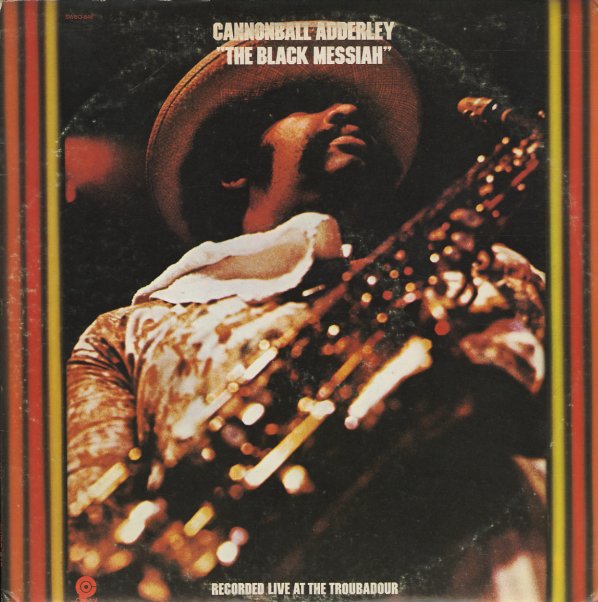 A massive live set from Cannonball Adderley – and a record that really shows the growth he'd undergone in just a few short years! The album's done in close collaboration with David Axelrod – who'd handled Cannon's big live dates for Capitol in the 60s – but this record is much more freewheeling, open-ended, fuzz, funky, and electric overall! Tracks are all nice and long, and really trip out in the best way – with keyboards from George Duke in the core group, plus some heavy basslines from Walter Booker, drums from Roy McCurdy, and guitar from Mike Deasy on a number of key tracks. Deasy plays with lots of great wah wah and fuzz – and the album also features guest work from Airto on percussion and Ernie Watts on tenor – plus Cannonball's great alto and the cornet of brother Nat Adderley too. There's a really collaborative feel to the whole thing – as the record steps easily between a lot of heady styles – and titles include "Zanek", "Eye Of The Cosmos", "The Scene", "The Chocolate Nuisance", "The Steam Drill", "Little Benny Hen", and "The Black Messiah".  © 1996-2021, Dusty Groove, Inc.
(Red label pressing. Cover has ring and edge wear.)