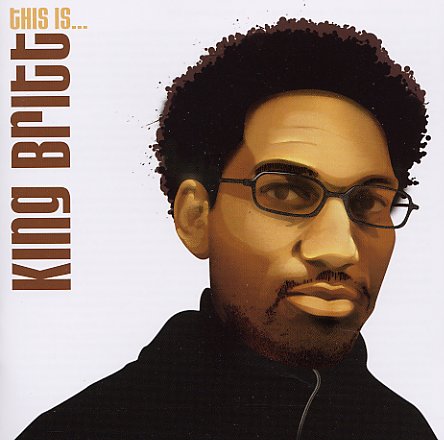 This Is King Britt

An excellent collection of work by King Britt – one of the first to ever get at the true range of his talents! Britt's name has been on a lot of different projects over the past decade or so, and it's sometimes difficult to keep track of what he's done, where – especially since some of his biggest contributions have been to work issue under other artists' names, but which bear the unmistakable King Britt touch! This 2CD set really corrects all that confusion – and offers up a whopping 26 tracks pulled from a really wide variety of labels and sources. Disc 1 features tracks in which Britt is the main musical force, and disc 2 features key remixes he's done for other artists over the years. Titles include "Getting Into It" by Sylk 130 featuring Alison Crockett, "Superstar" by King Britt with Ivana Santilli, "The Reason" by Sylk 130 with Vicki Miles, "Transcend" by King Britt featuring Bahamadia, "All The Way Live" by Sylk 130 with Capitol A, "The Essence" by Jody Watley, "Call Me" by Rose, "Swell" by Scuba with Vikter Duplaix, "Last Night A DJ Saved My Life" by Sylk 130, "Tonight (King Britt's mix)" by H Foundation, "Looking For Love (King Britt central mix)" by Vikter Duplaix, "Contemplation (King Britt funke mix)" by Josh One, "Mwele Mwele (King Britt's Scuba mix)" by Jazzanova, and "Don't Worry (King Britt's voc mix)" by Appleton.  © 1996-2020, Dusty Groove, Inc.
(Out of print.)

Panorama – Nu Europa Phusion
Perfect Toy (Germany), 2004. Used
CD...$3.99
The Berlin wall's been down for over a decade, but it's taken years for the western club scene to finally notice the great grooves coming out of the Eastern Block scene! For years now, artists in nations formerly locked off from more familiar European circuits have been dabbling in styles that not ... CD