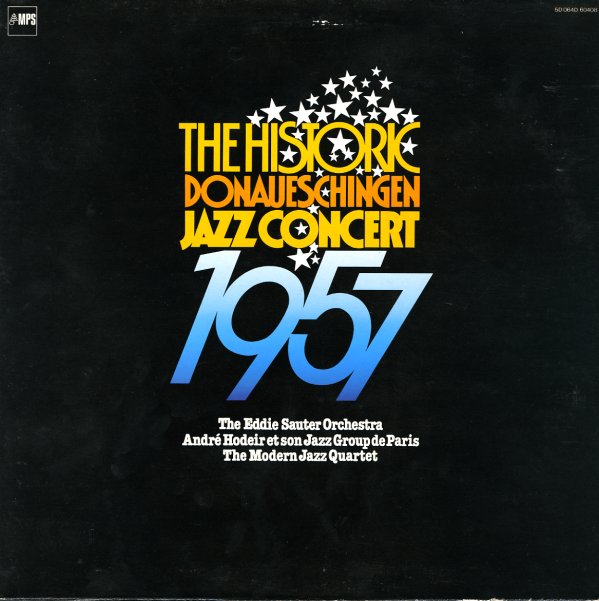 Titles include "Dodo" and "Kinetic Energy" by Eddie Sauter, "Jordu" and "Paradoxe II" by Andre Hodier, and "Three Windows" and "JB Blues" by The Modern Jazz Quartet.  © 1996-2022, Dusty Groove, Inc.
(US pressing on PAUSA. Cover has minimal wear and a small dent at the opening.)

Orchestra 3 – White Heat
MPS, 1976. Near Mint-
LP...$34.99
One of three large group records that Francy Boland recorded after the breakup of the Clark/Boland Big Band – and one that has a feel that's very similar to the material by the classic CBBB. In fact, much of the personnel remains the same, and the group includes Benny Bailey, Tony Coe, Ronnie ... LP, Vinyl record album

Orchestra 1 – Blue Flame
MPS (Germany), 1976. Near Mint-
LP...$34.99
One of three large group records that Francy Boland recorded after the breakup of the Clark/Boland Big Band, but one that has a feel that's very similar to the material by the classic CBBB. In fact, much of the personnel remains the same, and the group includes Benny Bailey, Tony Coe, Ronnie Scott, ... LP, Vinyl record album

Aura Will Prevail
MPS, 1975. Very Good
LP...$13.99
The aura here is spreading wide – as George Duke really grows his sound strongly from the early years, and takes hold of a whole host of cosmic influences! The record's one of Duke's biggest for MPS – a beautiful balance between jazzy fusion and spacey soul – served up with help ... LP, Vinyl record album

Latin Kaleidoscope (US pressing)
MPS/Prestige, 1968. Very Good+
LP...$28.99
One of the greatest records ever by this hip jazz ensemble – and one of their most unique! The record has the band grooving hard through two incredible suites of Latin music – Gary McFarland's "Latin Kaleidoscope" and Francy Boland's "Cuban Fever" – each of ... LP, Vinyl record album

Now Is The Time
MPS/PA USA, Early 70s. Near Mint-
LP...$14.99
US issue of a Monty Alexander set that was previously out on MPS as Love & Sunshine. The record features his groovy group with Ernest Ranglin on guitar, Eberhard Weber on bass, and Kenny Clare on drums. The bass playing's especially good, and there's lots of nice round funky moments in some of ... LP, Vinyl record album

Tracks
MPS (Germany), 1969. Near Mint-
LP...$5.99 7.99
A solo sparkler from Oscar Peterson – recorded in a flurry of excellent late 60s recordings for MPS, and done in a warmly rhythmic mode that puts Peterson's solo work right up there in the ranks of Tatum and Garner! The production on the album is immaculate – done with a depth that ... LP, Vinyl record album

Motions & Emotions
MPS, 1969. Near Mint- Gatefold
LP...$11.99 14.99
Pure genius from Oscar Peterson – one of his finest moments ever! The record is very different than most of Oscar's over-recorded trio format ones – and features Claus Ogerman crafting some impeccable backings of lofty strings and compressed horns, creating a pillow of air that takes ... LP, Vinyl record album