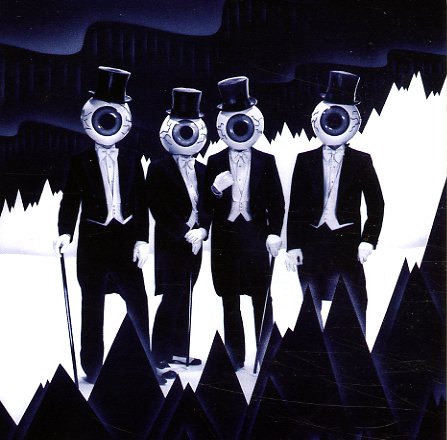 Seminal sounds from The Residents – a record that's purportedly inspired by the ceremonial music of the Eskimo – but it's very a much a Residents album, and one that follows their own absurdist adventuresome impulses! There's often this cold, drifting wave of sound in the background that's as chilly as you'd expect – and on top of the sound effects and all around trippy electronic atmosphere, they're supposedly playing instruments made of the guts and bones of arctic wildlife! Titles include "The Walrus Hunt", "Birth", "Arctic Hysteria", "The Angry Angakok", "A Spirit Steals A Child", and "The Festival Of Death".  © 1996-2021, Dusty Groove, Inc.
(2nd pressing on black vinyl, including the printed inner sleeve. Cover has light wear and a sticker spot.)

Electronic Music
Turnabout, Late 60s. Very Good+
LP...$14.99
Classic early album of electronic music that features some nice pieces by Walter Carlos – "Dialogues For Piano & 2 Loudspeakers" and "Variations For Flute & Electronic Sound" – both recorded in the years before he switched on Bach, and long before he changed ... LP, Vinyl record album