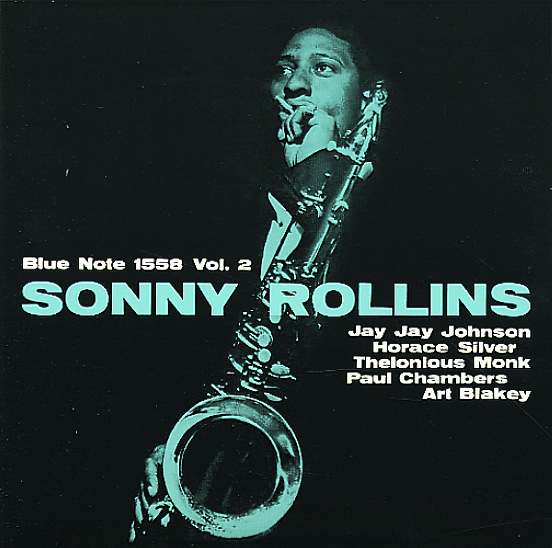 As classic as it comes for late 50s Blue Note – and a key meeting between Sonny Rollins and Thelonious Monk! The group on the set features Rollins and Monk with JJ Johnson, Paul Chambers, and Art Blakey – all of whom push things more in the direction of Blue Note's sound of the time, then Monk's own recordings of the period for Riverside. But the contrast of modes makes for a really startling sound – one that has Monk "monking" it up next to the straighter rhythm section, and bringing out some more modern tones in Rollins' tenor work. Horace Silver plays piano on part of the set as well – but still keeps things strong – and titles include "Why Don't I", "Wail March", "Misterioso", and "Reflections".  © 1996-2022, Dusty Groove, Inc.
(Out of print.)

Falling In Love With Jazz
Milestone, 1989. Used
CD...$3.99
Features Branford Marsalis on tenor, Mark Soskin or Tommy Flangan on piano, Jerome Harris on guitar, and Clifton Anderson on trombone, and Jack Dejohnette on drums. Titles include "Sister", "Little Girl Blue", "For All We Know",a nd "I Should Care". CD