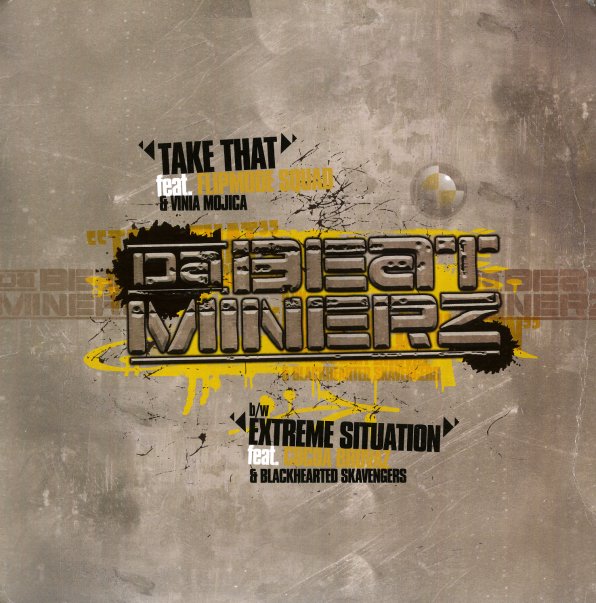 With Flipmode Squad and Vinia Mojica on "Take That", and Cocoa Brovaz and Blackhearted Skavengers on "Extreme Situation".  © 1996-2022, Dusty Groove, Inc.

Gangsta Gangsta (voc, radio)/Something Like That/Quiet On The Set /Something 2 Dance 2
Ruthless/Priority, 1988. Very Good+ (pic cover)
12-inch...$24.99
The foundation of the sound that would rule hip hop throughout the 90s. Nice production from Dre, back when he was dropping more funk-sample based tracks, and plenty of attitude on the mic from Cube, Eazy and Ren. Off the Straight Outta Compton LP. 12-inch, Vinyl record