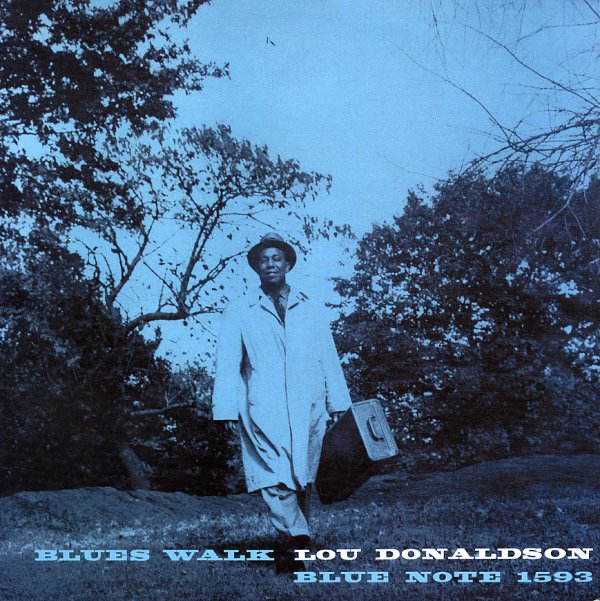 One of the best of Lou's earlier Blue Note albums – a hard-wailing soul jazz set with some very hip conga in the mix! The group's a really solid one – Lou's famous early quartet – and Herman Foster plays piano, Peck Morrison's on bass, and Dave Bailey's on drums. A young Ray Barretto plays conga on the set, and rounds things out nicely – not really with a Latin finish, but kind of a rolling groove that works to create more of a lightly dancing feel in the rhythm section. The whole thing's perfectly put together – and tracks include "Play Ray", "Callin' All Cats", and "Blues Walk".  © 1996-2020, Dusty Groove, Inc.
(Out of print.)

Hot Dog
Blue Note, 1969. Used
CD...$11.99
From the title, to the cover, to the gritty grooves way down in the wax – this has got to be one of the funkiest Blue Note albums ever – a real landmark from the legendary Lou Donaldson! The set kicks off with a hard and heavy groove from the very first note – thanks to some ... CD

Mr Shing-A-Ling
Blue Note, 1967. Used
CD...$18.99
A massive little record, and a real turning point for alto genius Lou Donaldson – as he uses the set to move from the tight bop of earlier years into a whole new spectrum of funky grooves! Key to this project is drummer Idris Muhammad – who's on the kit, already kicking it up in the ... CD