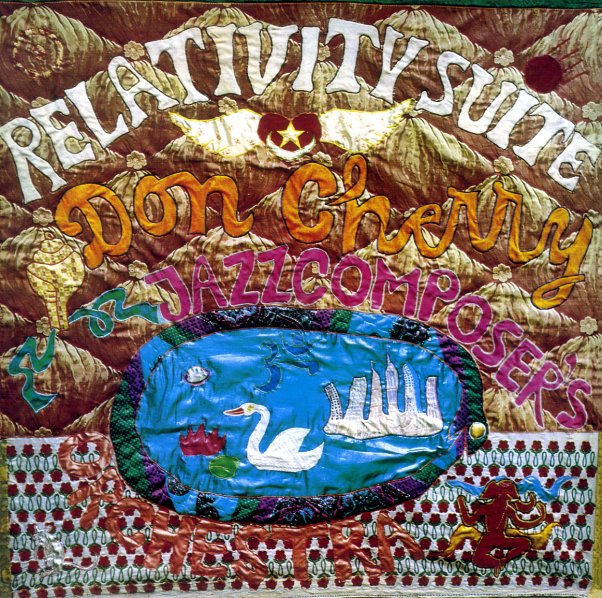 One of Don Cherry's most spiritual, far-reaching projects – a wonderful record that builds both on his key avant work of the 60s, and some of the globally-inspired sounds he was cutting overseas! This date was done in close collaboration with the New York underground of the time – and the large group features work from a rich array of great musicians – including Charles Brackeen on soprano and alto sax, Carlos Ward on alto, Frank Lowe and Dewey Redman on tenors, Charlie Haden on bass, Carla Bley on piano, and Ed Blackwell on drums – working with additional string and percussion players in a sound that's completely sublime! There's a great ear here for unusual sonic twists and turns, yet these are mixed with some deeper organic tones, and some freer jazz passages – all to really ignite a great fire as the set rolls on. Titles include "March Of The Hobbits", "Tantra", "Desireless", "Infinite Gentleness", and "Trans-Love Airways".  © 1996-2022, Dusty Groove, Inc.
(Black vinyl reissue on Klimt. Vinyl has just a few light sleeve marks.)

Irakere
Columbia, 1979. Very Good+ Gatefold
LP...$24.99
A landmark album from this powerhouse Cuban group of the 70s – their first record issued formally to an American market, and quite possibly their greatest effort of the decade! The sound here is a lot more focused than on the group's Cuban sessions from previous years – not commercial ... LP, Vinyl record album