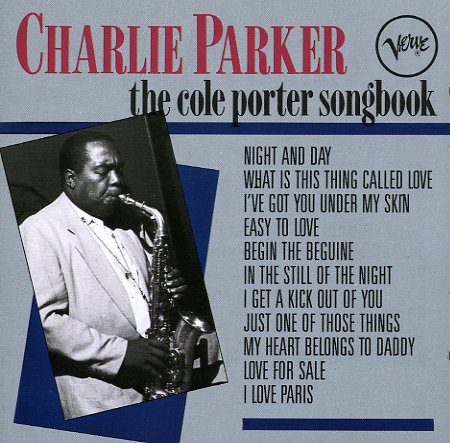 Also available
Charlie Parker — Cole Porter Songbook ... LP 7.99
Charlie Parker takes on the music of Cole Porter – with results that make for some of his most classic moments at Verve! Parker's horn is as hard-bitten as always, but it's also working here in a slightly lyrical vibe – one that brings out the warmth that Charlie could have at just the right moments – that sense of soul that made his contribution to jazz one of the more formative sounds of the century! Porter's music takes on tones that we might never have expected.  © 1996-2022, Dusty Groove, Inc.
(Out of print.)