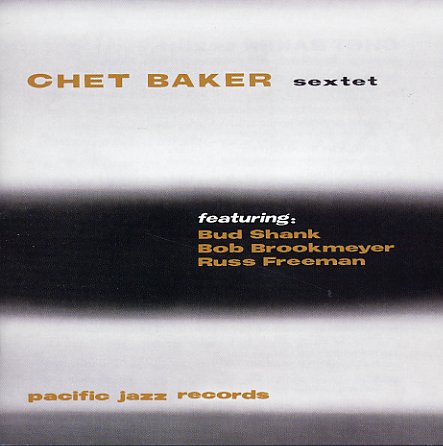 A real lost treasure from Chet Baker – an obscure sextet session, originally issued only as a 10" LP! The record features Chet's trumpet in a frontline with Bob Brookmeyer on valve trombone and Bud Shank on baritone sax – working through a set of cool modern arrangements by Jack Montrose, Johnny Mandel, and Bill Holman – in a mellow west coast take on the chamber jazz sound of the 50s. The pairing of horns is great, and makes for some evocative changes and tonal colors – on a set list that includes the tracks "Little Man You've Had A Busy Day", "Dot's Groovy", "The Half Dozens", and "Stella By Starlight".  © 1996-2021, Dusty Groove, Inc.
(Black label pressing with deep groove. Cover has light wear, aging, and a vintage price sticker on back.)