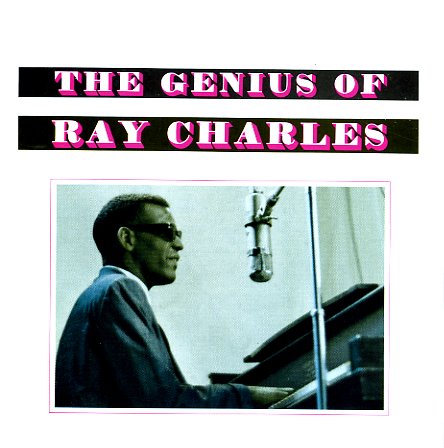 Later Atlantic Records material from the legendary Ray Charles – a set that definitely lives up to the genius of the title, in that it shows a real sense of development in Ray's music! Charles has moved from the shorter R&B of his early Atlantic singles, to embrace some greater jazz-based sophistication – served up here with players who include Paul Gonsalves and Zoot Sims on tenor, Clark Terry and Joe Newman on trumpets, Melba Liston and Al Gray on trombones, and Freddie Greene on guitar – all players who really shift things towards a richer, fuller sound – setting the stage for Charles 60s growth at ABC Records, but with less of the country modes. Titles include Charles takes on classics like "Just For A Thrill", "Don't Let The Sun Catch You Cryin", "Am I Blue", and "It Had To Be You" – and the record also features a young Marcus Belgrave delivering a trumpet solo on "Alexander's Ragtime Band".  © 1996-2022, Dusty Groove, Inc.

New Orleans Piano – Blues Originals Vol 2 (with bonus tracks)
Atlantic, 1949/1953. Used
CD...$2.99
Essential New Orleans piano from Professor Longhair – an artist who was neither a professor, nor a man with much hair! The chrome-domed pianist had a huge influence on the sound of New Orleans R&B and soul to come – as he played in a triplet-heavy way that was rooted in blues, but ... CD