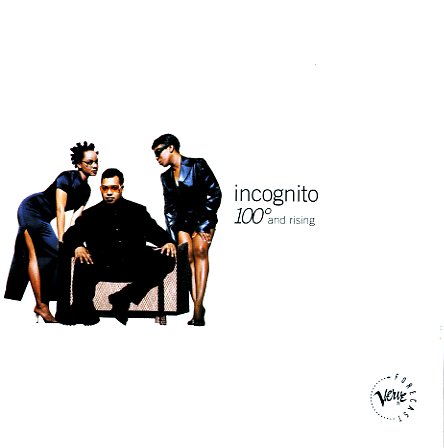 Mid period work from Bluey and Incognito – perhaps slipping a bit from the freshness of their initial albums, but still sounding a heck of a lot better than most of the groups on the market! Like previous sets, this one has a jazzy finish that's blended with a tight NuSoul vibe – the inspiration for many of today's underground acts, and often not done nearly as well as it is here. Titles include "Time Has Come", "Jacob's Ladder", "Barumba", "I Hear Your Name", "After The Fall", "One Hundred & Rising", and "Good Love".  © 1996-2021, Dusty Groove, Inc.
(Out of print. Booklet has a small set of initials in pen.)