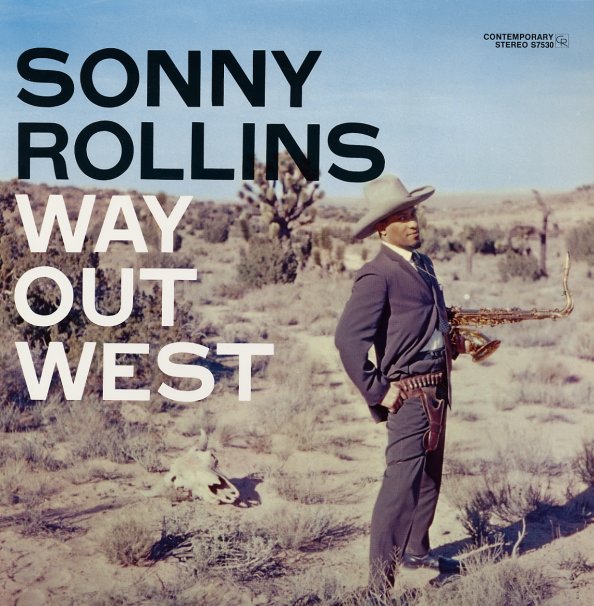 A classic set that brings the east coast tenor of Sonny Rollins into contact with a west coast rhythm section of Ray Brown and Shelly Manne! Despite Rollins' silly look on the cover, and the album's overall "western" theme, the session's a brilliant one – right up there with Sonny's strongest trio sides of the late 50s, and a key link in a string of excellent recordings for Blue Note, Prestige, and Riverside! The lack of a piano really opens up the style of the set – letting Sonny explore freely on his solos, while Brown's bass and Manne's drums do more than enough to keep the rhythms going on their own. Solos aren't as "out" as on the Village Vanguard sessions, but certainly every bit as inspired – and titles include "I'm An Old Cowhand", "Solitude", "Come, Gone", "Way Out West", and "Wagon Wheels". CD features 3 bonus tracks!  © 1996-2022, Dusty Groove, Inc.

Old Flames
Milestone, 1993. Used
CD...$2.99
Late Sonny Rollins on Milestone, and a record with some really wonderful horn interplay – thanks to a group that includes an added brass lineup on a few cuts! The core combo, a quintet, features wonderful trombone from Clifton Anderson – a player who really made some of Rollins' ... CD