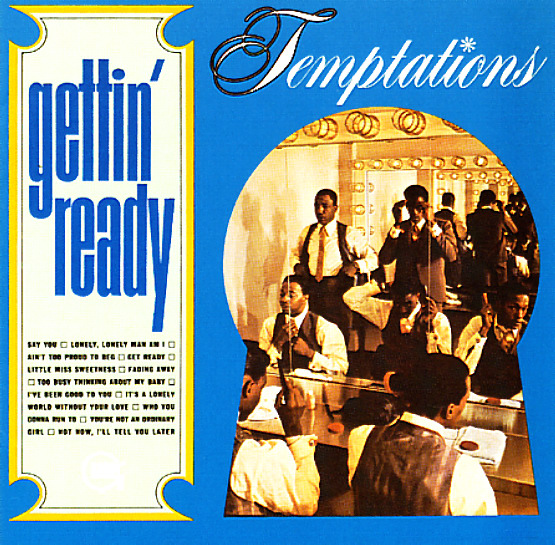 The Temptations are hardly just "getting ready" here – as the group's at the height of their early powers – really finding their own groove, and standing out even more than some of their Motown contemporaries! Smokey Robinson's still at the overall helm on production, but Norman Whitfield contributes some key early work here – shaping The Temps' sound with that rougher, more bottom-heavy groove that would explode in full righteous energy a few years later. Whitfield produced the groovers "Too Busy Thinking About My Baby" and "Ain't Too Proud To Beg", plus "Lonely Lonely Man Am I" – and other tracks include "You're Not An Ordinary Girl", "Not Now, I'll Tell You Later", "Say You", "Who You Gonna Run To", "Get Ready", and "Fading Away". CD features 2 bonus tracks – "Give It Up" and "The Man Who Don't Believe In Love".  © 1996-2021, Dusty Groove, Inc.
(Punch through barcode.)