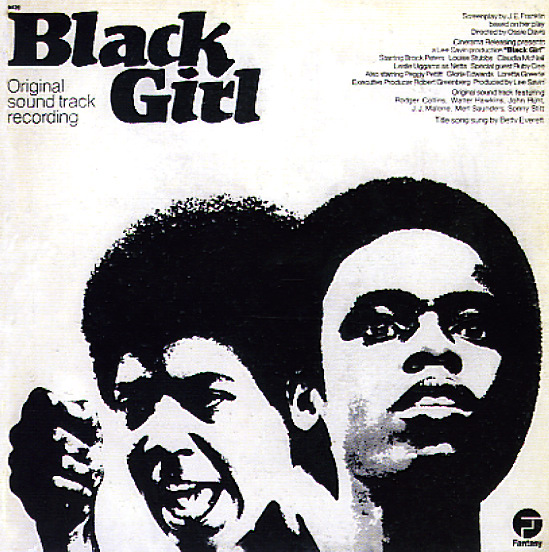 A killer little soundtrack – and one that's quite different than the usual blacksploitation set, but still pretty funky overall! The film Black Girl was a surprisingly sensitive movie directed by Ossie Davis in the early 70s – not as much about action as it was about the everyday life, and the hopes and dreams of the lead characters – all of which made for some really well-rounded music, of the sort you'd find on some of the other great Fantasy Records soundtracks of the time, especially the classic Cornbread Earl & Me score. Ed Bogas and Ray Shanklin put together the whole thing, and the album's a mix of hip instrumental tracks with some other vocal ones – a really nice range that draws from singers like Betty Everett, Rodger Collins, and JJ Malone – and jazz players like Sonny Stitt and John Hunt (plus organ from Merl Saunders on one cut.) Titles include "BJ's Step", "Black Girl", "Sister", "Earl (Still A Pearl)", "Mothers Day Song", "Power", "Get Me To The Bridge", "Chock-lite Puddin", and "Black Girl Cue".  © 1996-2023, Dusty Groove, Inc.