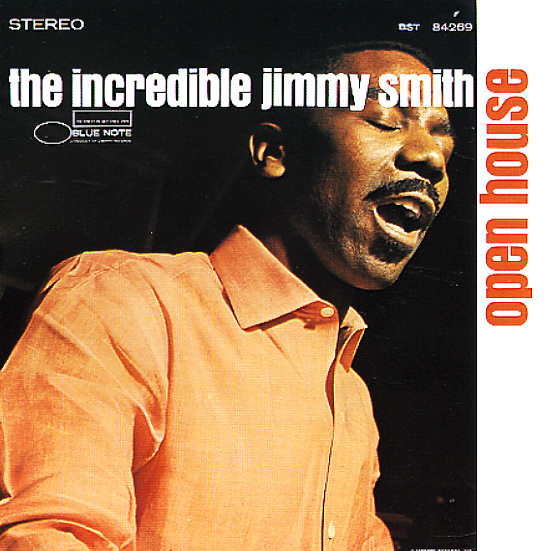 Material that was recorded in the early 60s, but not issued by Blue Note until later in the decade – when they were pulling out any Jimmy Smith session they had, in order to compete with the bigger hits on Verve. The record features 8 extended tracks, with an all-star jam session lineup that includes Blue Mitchell, Jackie McLean, and Ike Quebec. Down and dirty organ jazz, played in the open jam style that Blue Note was using with Jimmy after the initial trio sides. Titles include "Sista Rebecca", "Open House", "Plain Talk", "Time After Time", and "Old Folks".  © 1996-2022, Dusty Groove, Inc.
(Out of print, small cutout notch through spine.)