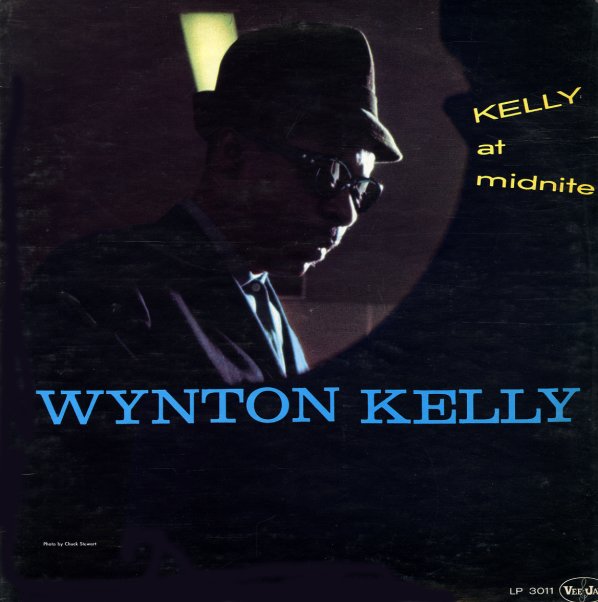 Midnite is right – as the session's a moody, mellow late nite one – just spare trio material by Wynton, played in a group that features Paul Chambers on bass and Philly Joe Jones on drums! The titles are all nice and long – and really let Kelly stretch out on the keys – working in a mode that's lyrical and soulful – on a set of titles that include include Babs Gonzales' "Weird Lullaby", plus "Skatin", "Temperance", "On Stage", and "Pot Luck".  © 1996-2021, Dusty Groove, Inc.
(Rainbow label pressing with deep groove. Cover has a small bit of splitting on the bottom seam, but is nice overall.)

Mighty Like A Rose
Vee Jay, 1961. Very Good
LP...$9.99
Although Exodus to Jazz was probably the biggest album of Eddie's career, we've always been a bit more partial to this excellent LP, a terrific document of Eddie's work from his early days on the Chicago jazz scene. Featuring Eddie's good early group with Willie Pickens on piano, Jo Dorio on ... LP, Vinyl record album

Empyrean Isles
Blue Note, 1964. Very Good
LP...$39.99
A lyrical masterpiece from the young Herbie Hancock – and a record that's really special for so many different reasons! First, the songs are really long and open – even more so than some of Hancock's other work – with a quality that's balanced between his soul jazz roots, and ... LP, Vinyl record album