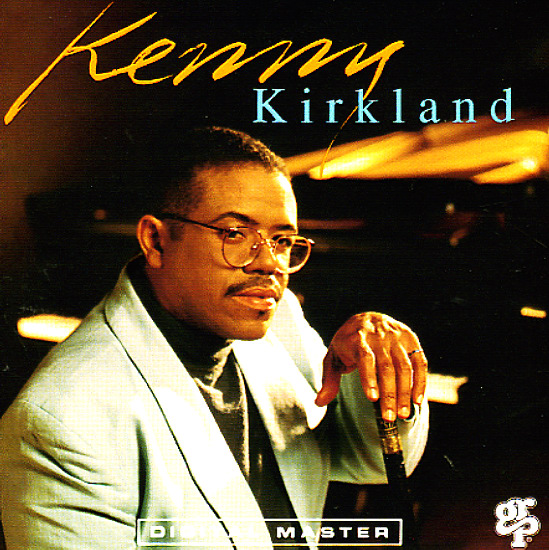 One of the sharper-edged sessions on the GRP label at the start of the 90s – a self-titled set from keyboardist Kenny Kirkland, who's mostly working here in a stripped-down acoustic mode! The lineup changes a bit from track to track – and in addition to Kenny on keys, the set also features Jeff Tain Watts on drums, Branford Marsalis on tenor and soprano sax, Charnett Moffet on bass, and Don Alias and Jerry Gonzalez on percussion. Some tracks are quite spare – one number is even just a drum solo by Watts – and there's a slightly modern undercurrent at points, as you might find in Marsalis family music of the same point – nothing that's ever too out, but a slightly dark edge that adds a bit more depth than you might expect. Titles include "Celia", "Chance", "Midnight Silence", "El Rey", "Mr JC", "Criss Cross", "Revelations", and "Ana Maria".  © 1996-2021, Dusty Groove, Inc.
(Out of print.)

Reunion
GRP, 1990. Used
CD...$5.99
With Pat Metheny on guitar, Mitchel Forman on piano and keyboards, Will Lee on bass, and Peter Erskine on drums and percussion. CD

On This Night (with bonus tracks)
Impulse/GRP, 1965. Used
CD...$13.99 (CD...$18.99)
One of the most perfectly-realized early Archie Shepp albums on Impulse Records – a set that brilliantly brings together all the different influences that inspired his sense of creation, but with a lean energy that takes everything far from its roots – and puts the music firmly in the ... CD

On The Line
GRP, 1982/1983. Used
CD...$6.99
On The Line has a style that's a bit keyboard-heavy – in a way that seems to borrow from some of the 80s soundtrack work of the time, and which is clearly a nod to the success of the Lyle Mays/Pat Metheny sound that was breaking big on ECM. The move is a nice one for Lee on the best cuts ... CD