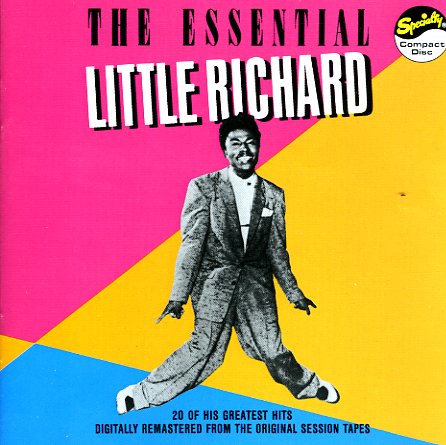 Here's Little Richard (2CD version – with bonus tracks)
Specialty/Craft, 1957. Used 2 CDs
CD...$9.99 (CD...$9.99)
A landmark album of hard-rocking soul – and a record that broke open both genres for a generations to come! The set's about as classic as you can get for Little Richard – filled with killer numbers that jump around boldly in some heavy New Orleans piano-led grooves – all topped ... CD

Here's Little Richard (with bonus tracks & videos)
Specialty, 1957. Used
CD...$9.99 (CD...$9.99)
A landmark album of hard-rocking soul – and a record that broke open both genres for a generations to come! The set's about as classic as you can get for Little Richard – filled with killer numbers that jump around boldly in some heavy New Orleans piano-led grooves – all topped ... CD