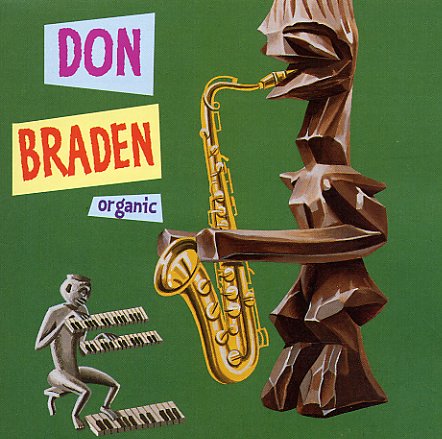 A surprising organ/tenor gem from the 90s – and a really standout set in the career of Don Braden! The set's on a major label, but it's got a soulfully produced groove that makes it feel like some of the best soul jazz on the Muse imprint – really open and flowing, with a sound that shows that the New Jersey sound was alive and well into the 90s! Braden's on tenor, working alongside some guest tenor by David Newman – and the rest of the group features organ by either Jack McDuff or Larry Goldings – plus trumpet by Tom Harrell, guitar by Russell Malone, and some super-solid drum work by either Cecil Brooks or Winard Harper. Titles include "Walkin The Dog", "Brighter Days", "Cousin Esau", "Twister", "Belief", "Organic", and "Saving All My Love For You".  © 1996-2021, Dusty Groove, Inc.
(Out of print. Cutout hole through case and tray card.)