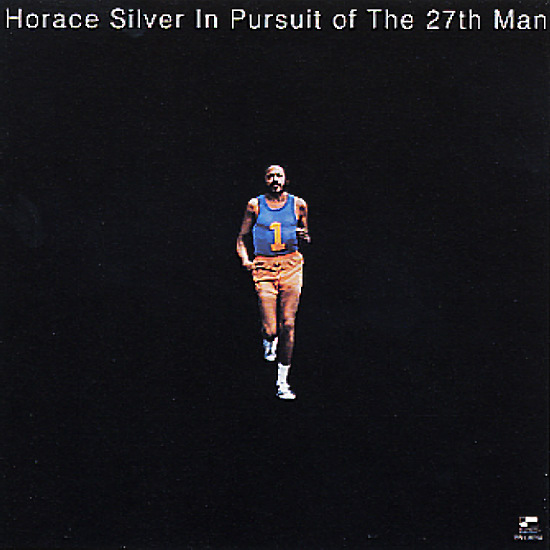 Also available
Horace Silver — In Pursuit Of The 27th Man ... LP 24.99
A real watershed album from Horace Silver – a record that has him stepping strongly into the 70s – but with a rich new groove that's different both from his 60s work, and from the heavy politics of his United States series too! The album has Horace picking up a slightly electric sound, changing his groove from 60s soul jazz into more of a 70s modal approach – working here with David Friedman on vibes, Bob Cranshaw on electric bass, and Mickey Roker on drums, plus additional horn work by the Brecker Brothers – a really great combination of musicians that help Silver realize some really unique rhythms, and lots of moments that have a subtle yet righteous sense of soul! The selection of material is fantastic – hipper than usual for Horace – and titles include Weldon Irvine's "Liberated Brother", Moacir Santos' "Kathy", and Horace's own "Strange Vibes", which has some great vibes dancing around Horace's piano! A very nice album, and one of our favorites by Horace!  © 1996-2022, Dusty Groove, Inc.
(Out of print.)

Blowin' the Blues Away (non-RVG remaster edition)
Blue Note, 1959. Used
CD...$4.99 (LP...$29.99)
A killer session from Horace's famous quintet that included Blue Mitchell, Junior Cook, Gene Taylor, and Louis Hayes – one of the group's earliest recordings for Blue Note – and also one of their best! The band had a unique mix of rootsy soul jazz playing and more exotic approaches to ... CD