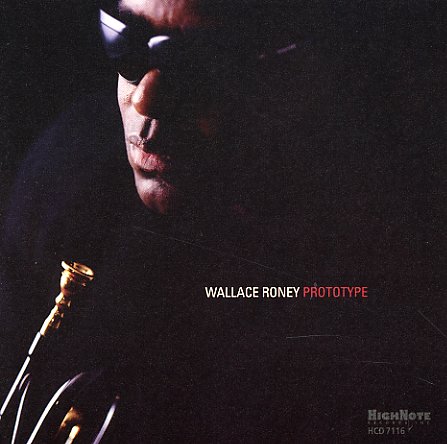 A nicely electrified set from trumpeter Wallace Roney – working here in a style that has plenty of moody backdrops on Fender Rhodes, plus some really snapping percussion from drummer Eric Allen! There's a sound here that's clearly inspired by 70s Miles, but which also moves through a range of more recent expression, and which often reminds us of work from French trumpeter Erik Truffaz on his first few Blue Note albums. Some of the tracks are more acoustic and straightforward, in the manner of Roney's earlier albums – and players include Adam Holzman on Fender Rhodes, Geri Allen on acoustic keys, Antoine Roney on tenor and soprano saxes, and Matt Garrison on bass. Guest performers include Don Byron on bass clarinet, Clifton Anderson on trombone, and DJ Logic on turntables – and titles include "Cyberspace", "Shadow Dance", "Prototype", "Then & Now", "Secret Identity", and "Three Views Of The Blues".  © 1996-2022, Dusty Groove, Inc.
(Punch through barcode.)

Seth Air
Muse, 1991. Used
CD...$9.99 12.99
One of Wallace Roney's best sessions from the time – an album with a great sense of balance and fullness, and a tremendous tribute to Roney's strength as a leader on Muse Records! The album features equally great contributions from Antoine Roney on tenor – a player who balances out ... CD

I Remember Brother Ray
High Note, 2005. Used
CD...$6.99
A tribute to the late boss of David Newman – Ray Charles – with Fathead on tenor, plus Steve Nelson on vibes, John Hicks on piano, John Menegon on bass, and Winard Harper on drums! CD

Honoring Pat Martino Vol 1
High Note, 2022. Used
CD...$11.99 (CD...$15.99)
A host of great guitarists, all coming together to pay tribute to one of their own – the mighty Pat Martino, an artist on the strings from his early years in the 60s in organ combos, through his very creative 70s material, into a great run of albums in later years too! Pat's memory is in ... CD