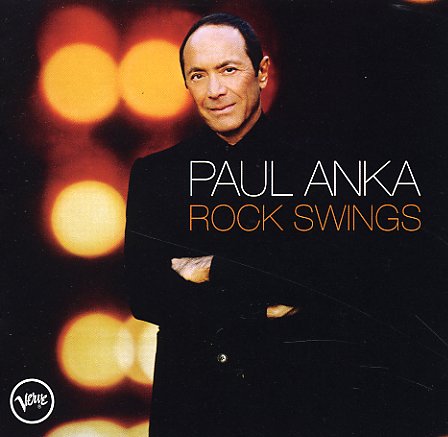 Call us crazy, but this is one of our favorite albums in years! We'll be honest, and say that we've never been big fans of Paul Anka – but take it from us, the Anka on this album's a lot different than the one you may know from the past! Anka's completely reinventing himself here – working in a jazz-based mode with larger arrangements, and serving up a batch of tunes that must be heard to be believed. The tracks are mostly all from 80s pop hits – the kinds of songs that got played to death on the radio 20 years go, so much so that you'd think you'd never want to hear them again. Yet for the record, Anka's completely recasting them in fresh new versions – taking tunes like "Jump", "Eye Of The Tiger", "True", and "It's My Life" – and doing them in jazzy, upbeat styles that completely transform not only the songs, but also Anka's entire career as well. And if you're worried about the album being a gimmick, don't – because there's no sense of irony here, no easy "joke" to the tracks – and instead an honest, personal approach to the lyrics – one that makes us realize new depth in these tunes, often far more than we'd ever have credited the originals. Take it from us, this is pure genius – a leap over all the Starbucks-driven jazz-revival singers who are crooning Dylan and Hendrix for the new generation – and a brilliant recasting of David Lee Roth, Bon Jovi, and Spandau Ballet for the 21st century. The territory's all Anka's own – and we'll be glad to bet we'll be hearing a lot more from him in years to come! Titles include "Hello", "Eyes Without A Face", "Lovecats", "It's A Sin", "Blackhole Sun", "Wonderwall", and even "Smells Like Teen Spirit".  © 1996-2021, Dusty Groove, Inc.

Together Again
Rhino, 1977. Used
CD...$3.99
A great second pairing of this hip team – further proof that Tony Bennett was a hell of a jazz singer when he wanted to be! Titles include "You're Nearer", "Lonely Girl", "You Must Believe In Spring", "Two Lonely People", and "The Bad & The ... CD