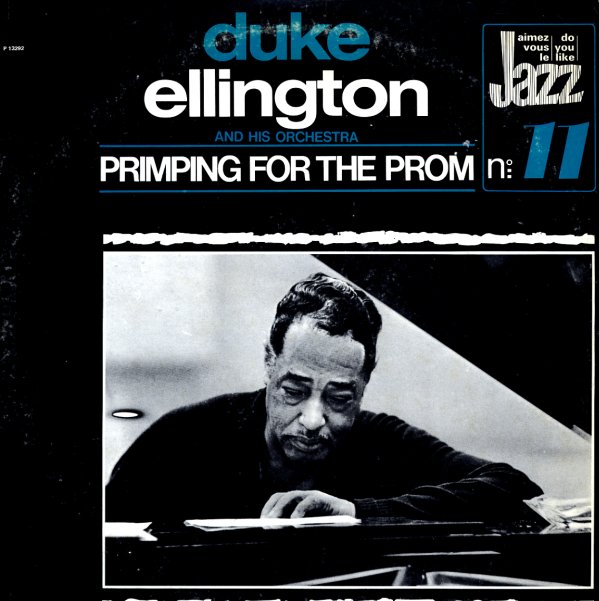 Primping For The Prom

Soloists include Quentin Jackson and Tyree Glenn on trombone, Paul Gonsalves on tenor, Ray Nance and Harold Baker on trumpets, and Johnny Hodges on alto. Lil Greewood sings on one track – and titles include "B Sharp Boston", "Cop Out", "Suburban Beauty", "Boogie Bop Blues", and "Snibor".  © 1996-2021, Dusty Groove, Inc.
(70s CSP pressing. Shrinkwrap is shopworn, with a hole in front from sticker removal and partially cracked spine. Cover has small splits in the spine.)

Intimate Ellington
Pablo, Late 60s/Early 70s. Near Mint-
LP...$19.99
A really well-titled set – as it offers up some more intimate takes on the Duke Ellington sound of the cusp of the 70s – with some especially nice trio and solo numbers that are well worth the price of the whole collection! The album starts with the amazing "Moon Maiden" ... LP, Vinyl record album