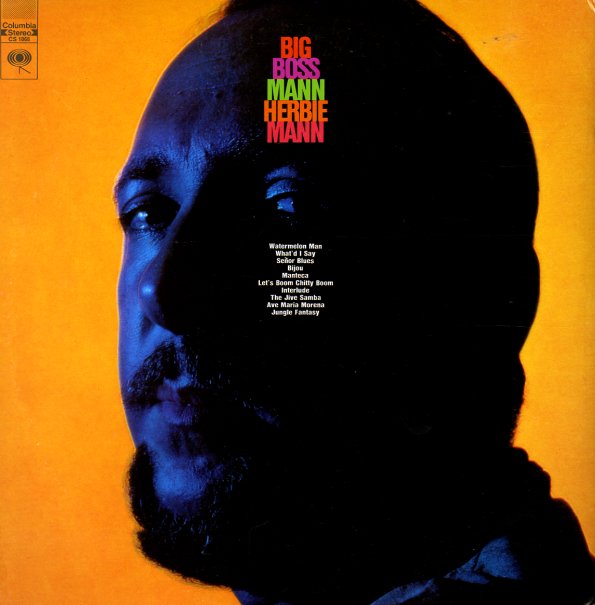 An excellent album of Latin material from Herbie Mann – and proof that he's equally great in just about any setting! The album's a rare Columbia Records outing from Herbie – but it's easily one of his greatest of the 60s, thanks to some really smoking arrangements from Oliver Nelson – plus an all-star cast of players that includes Carmell Jones, Dave Pike, Jimmy Heath, Patato Valdez, Willie Bobo, Charlie Palmieri, and a young Chick Corea! Tracks are short, tight, and very rhythmic – grooving in a snapping approach to Latin that's filled with plenty of soul, but which also features plenty of jazzy touches as well. A few tunes here are familiar, but they're given wonderful new treatment by Herbie and Nelson – and the record easily beats most Verve or Impulse sessions of this type at their own game! Tracks include "Bijou", "Ave Maria Morena", "Watermelon Man", "Interlude", "Let's Boom Chitty Boom", "Senor Blues", "Jungle Fantasy", and "Jive Samba". (Also issued under the title Latin Mann.)  © 1996-2020, Dusty Groove, Inc.
(70s pressing. Cover has some wear and light stains.)