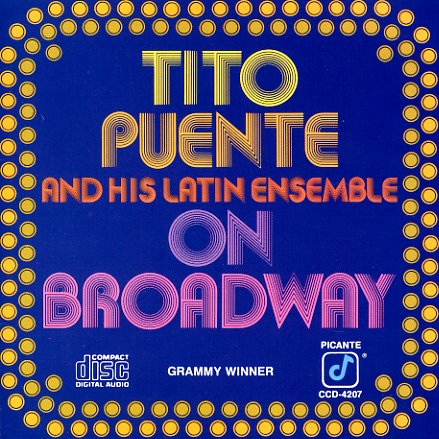 Not really a "Broadway" album, as you might guess from the title – although Tito and group do play a version of the soul hit "On Broadway" on the set – but a nicely-honed set with a strong Latin jazz groove, much more back to basics than some of Tito's work from the 70s. Players include Ray Gonzales, Jorge Dalto, Afredo De La Fe, and Jerry Gonzales – and tracks include versions of Freddie Hubbard's "First Light", Milton Nascimento's "Soul Song", and Toots Thieleman's "Bluesette" – as well as the originals "Jo Je Ti" and "TP's Especial".  © 1996-2021, Dusty Groove, Inc.
(Japanese pressing. Cover has light wear.)