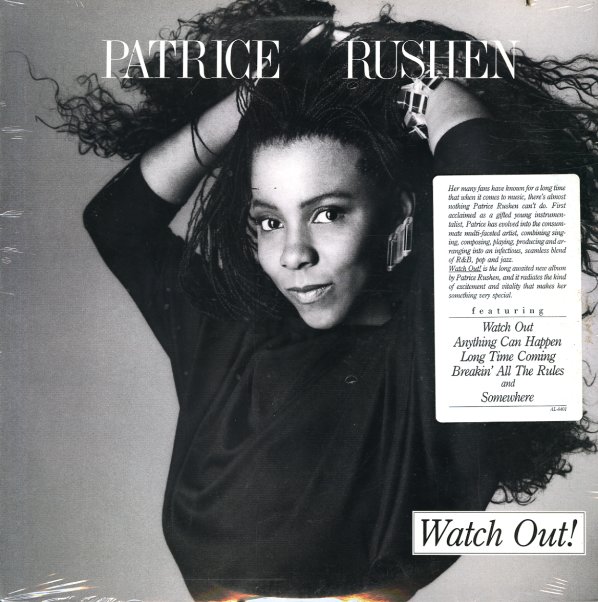 Patrice Rushen in a crisp 80s soul mode! Watch Out finds Patrice really cutting down the keyboards in favor of stronger vocals right out front – breaking all the rules, as the title of second song tells it – and it works really well! Most of the arrangements, synth and drum programming are by Patrice herself, and she has a more sure-footed control of the era's R&B style than we remembered! The title track is fantastic, with a tight synth funk undercurrent and hooky, insistent vocals from Patrice – facets that carry throughout the album – plus strong ballads in "Somewhere" and "Till She's Out Of Your Mind". Patrice's only album for Arista – and it's a nice one! Other tracks include "All My Love", "Anything Can Happen", "Burnin", "Breakin All The Rules" and "Come Back To Me".  © 1996-2022, Dusty Groove, Inc.
(Includes the printed inner sleeve. Cover is lightly bent at the top right corner.)