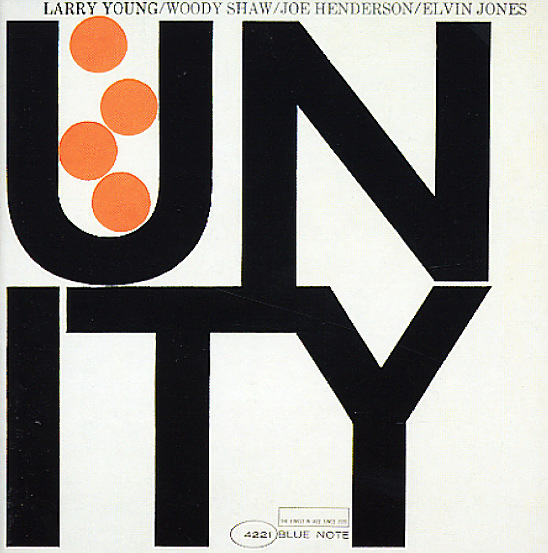 Also available
Larry Young — Unity (180 gram pressing) ... LP 25.99
A brilliant album that would forever change the way the organ was used in jazz! The set's the greatest contribution ever from organist Larry Young – a lean and modal session recorded with help from a young quartet that includes Woody Shaw on trumpet, Joe Henderson on tenor, and Elvin Jones on drums – all leaping and loping with Larry's free-thinking work on the Hammond – stretching things out into spiritual grooves that belie Young's fascination with Coltrane's sound of the time, and his freer fusion work of later years! The Hammond had never sounded so righteous before – freed from the task of thumping out a deeper rhythm, and let loose to explore the same space carved out by Shaw and Henderson's horns! Titles include a classic reading of Woody's "Moontrane", plus "Zoltan", "If", "Beyond All Limits", and "Monk's Dream".  © 1996-2022, Dusty Groove, Inc.

Of Love & Peace
Blue Note, 1966. Used
CD...$14.99 19.99
The most free-thinking Larry Young album of the 60s – and that's saying a lot, considering the rest of his work! The session's quite an unusual one – with two drummers in the group, grounding a sextet that features Larry on organ, James Spaulding on alto and flute, Herbert Morgan on ... CD

Mother Ship
Blue Note, 1969. Used
CD...$19.99
Jazz organ explodes to the next level – on this brilliant and rare session by Larry Young from 1969! The record was Young's last recording for Blue Note, and was never issued at the time – only making a brief appearance in a short series at the end of the 70s – and its obscurity ... CD