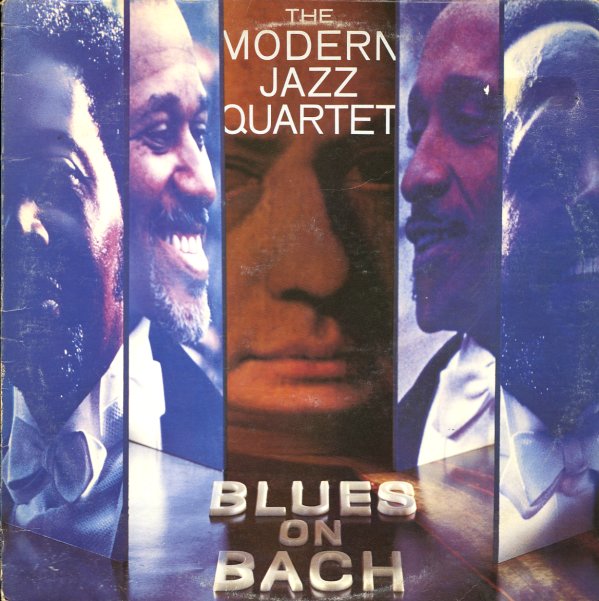 Last Concert
Atlantic, 1974. Very Good+ 2LP Gatefold
LP...$6.99 9.99
Not really the last concert ever from the Modern Jazz Quartet – but a set that seemed so at the time, given that the group went their separate ways for a number of years! The record's got the combo in really top form – very much back to the basics of their early time on Atlantic ... LP, Vinyl record album

Django
Prestige, Mid 50s. Very Good
LP...$13.99 16.99
A stone classic from the Modern Jazz Quartet – recorded back when the group still featured Kenny Clarke in its membership, but already with some of the more serious, somber tones that would mark the combo's more famous years! Tracks here are from a variety of sessions in 1953, 1954, and 1955 ... LP, Vinyl record album

European Concert Vol 1
Atlantic, 1960. Very Good+
LP...$11.99
Volume 1 of a double-length live set from the legendary Modern Jazz Quartet – recorded in Scandinavia in 1960, almost as a summation of the group's growing genius in the 50s! The tunes are a mix of John Lewis and Milt Jackson originals, plus other songs all given the wonderful MJQ twist ... LP, Vinyl record album

Modern Jazz Quartet Plays For Lovers
Prestige, Early 50s/1965. Near Mint-
LP...$9.99
Yipes! The MJQ must have freaked out when they saw the title to this one – especially since the record doesn't feature them playing especially for lovers, it's just a collection of their excellent early work for Prestige. The album features some of the group's great work with Kenny Clarke ... LP, Vinyl record album

Modern Jazz Quartet (Atlantic)
Atlantic, 1957. Very Good-
LP...$4.99
One of the first MJQ albums on Atlantic – and a bit fresher than some of their later outings, when it seemed like they were churning records out at the drop of a hat! Titles include an extended medley of standards, all given the MJQ touch – plus the drum-heavy "La Ronde", and ... LP, Vinyl record album