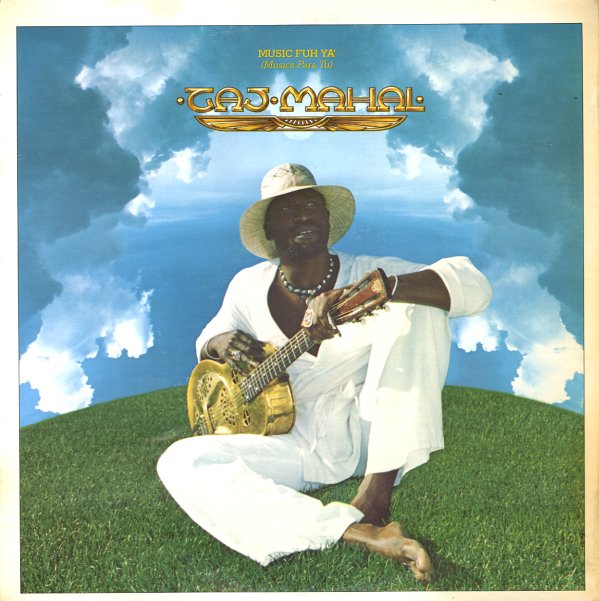 A sweetly soulful set that has Taj Mahal really trying on some new flavors – yet still keeping things strongly in the bluesy territory of his roots! In addition to the lead vocals and lots of acoustic guitar, the set also features key contributions from Rudy Costa on a range of saxes, plus flute and kalimba too – plus other unusual elements that include steel drums, timbales, and banjo – all of which inflect different moments with freshly playful sounds, and a surprisingly Caribbean vibe at times. Titles include "You Got It", "Sailin", "Truck Driver's Two Step", "Curry", and "The Four Mills Brothers".  © 1996-2021, Dusty Groove, Inc.
(Cover has a cutout notch and light wear.)

Mississippi Hill Country Blues
Fat Possum, Early 80s. Sealed
LP...$19.99
An album recorded in the Netherlands, but a set that hits right to the heart of RL Burnside's Mississippi roots – thanks to a beautifully spare, careful presentation of the music! Most numbers feature just Burnside on vocals and guitar – with a vibe that's similar to the field ... LP, Vinyl record album