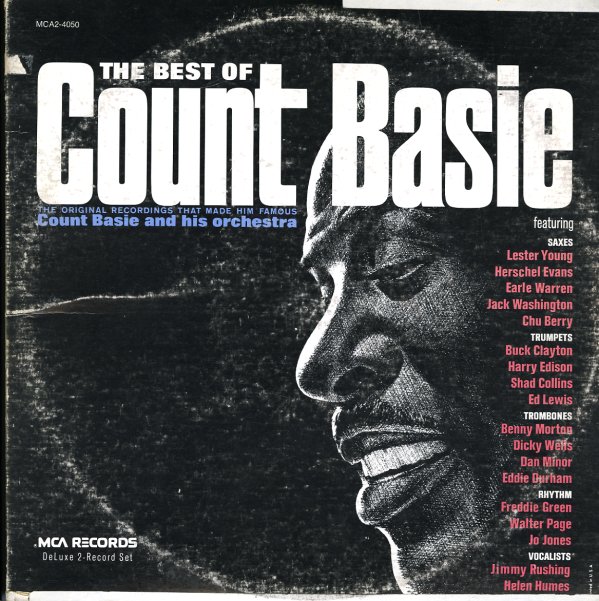 A really great collection of some of Basie's first important material – 2LPs worth of classics that set the tone for generations to come!  © 1996-2022, Dusty Groove, Inc.
(Mono black label Decca pressing, with deep groove on LP 1. Cover has a small cutout hole, some wear and aging, small index label, bent corner at the bottom right, and peeled spots from sticker removal. Side 1 labels on each LP has a name in pen.)