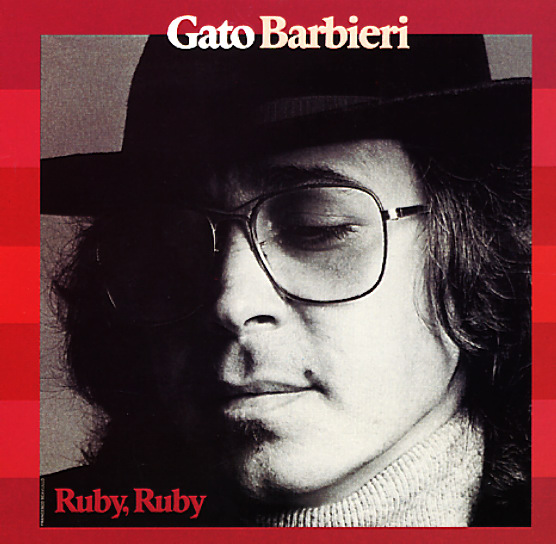 A great date from saxophonist Gato Barbieri – a record that's a bit mellower and more electric than some of his previous 70s efforts, but which is still plenty darn great! Gato's tenor has a tone that's undeniably great – a slightly raspy sort of edge that sounds warmly human and deeply personal, even when cast in fuller backings – as it is here, with arrangements and production from Herb Albert. There's still a few Latin undercurrents in the mix, but most of the backings feature guitar, keyboards, and percussion stretching out slowly and with a slightly slinky edge – still quite soulful, but a bit mellow at moments – in ways that allow Barbieri to slide out slowly with some great lines that wrap around the rhythms beautifully. Titles include "Ruby", "Nostalgia", "Adios", "Sunride", "Midnight Tango", and "Latin Reaction".  © 1996-2022, Dusty Groove, Inc.
(Includes printed inner sleeve. Cover has light wear.)