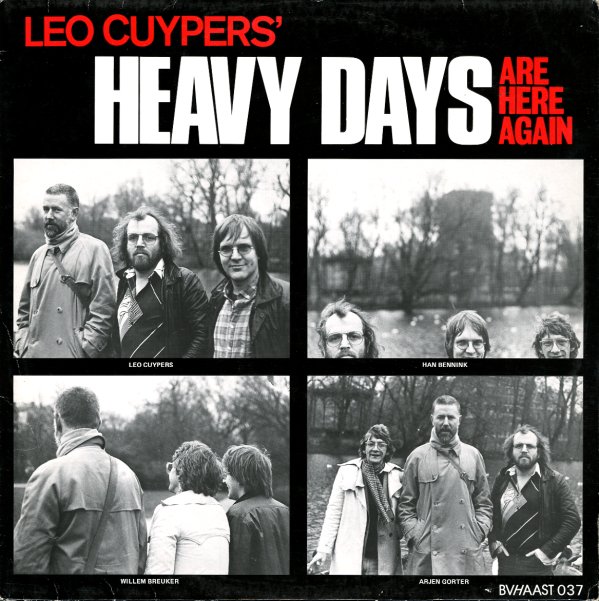 A real gem of an album – one that we would have missed for sure, had it not been for the genius ears of the Unheard Music Series! Pianist Leo Cuypers leads a group that includes Willem Breuker, Han Bennink, and Arjen Gorter through a set of tracks that have an amazing blend of modernist playing, straight jazz swinging, and a touch of downright whimsy (but never too much, in the silly mode of some of Breuker's worse recordings.) Thoroughly satisfying, in a way we never expected! Titles include "Couperin", "Misha", "Be-Bach", and "Stefanus".  © 1996-2021, Dusty Groove, Inc.
(Out of print, punch through barcode.)

Acoustic Machine
Atavistic, 2001. Used
CD...$8.99
Brilliant new work by the Vandermark 5 – Chicago's groundbreaking avant jazz ensemble headed by Ken Vandermark, and featuring Jeb Bishop on trombone, Kent Kessler on bass, Tim Mulvenna on drums, and Dave Rempis on alto and tenor. The group's got a poise and a brilliance that recalls the best ... CD

Burn The Incline
Atavistic, 2000. Used
CD...$4.99
More greatness from the Vandermark 5 – and proof that the genius of Ken Vandermark is burning brighter than ever! The set features 8 razor sharp tracks – including "The Trouble Is", "Ground", "In Focus", "The Cooler", and "Roulette". CD