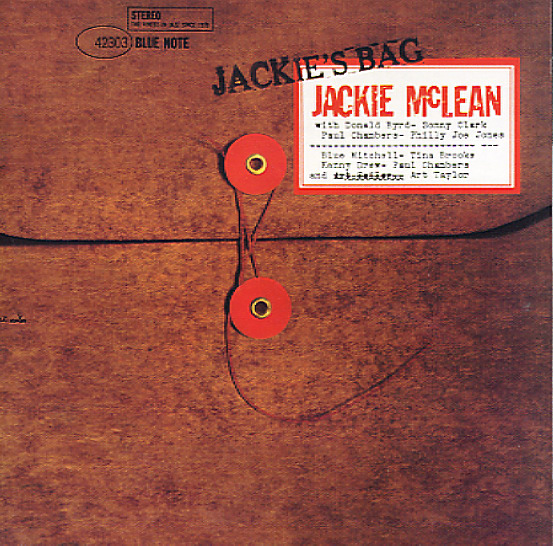 A real classic by Jackie McLean – a record that's pulled from 2 different sessions, but which stands out with a strikingly unified feel! The album was cut during the height of Jackie's bop years for Blue Note – with one 1959 session that featured Donald Byrd and Sonny Clark, and another from 1960 that featured Blue Mitchell, Kenny Drew, and the great Tina Brooks on tenor. Brooks' appearance on the album is especially great, as the tracks which feature him and McLean together crackle with some of the first modernist energy to show up on one of Jackie's albums – really hitting hard on original compositions that include "A Ballad For Doll", "Appointment in Ghana", and "Isle of Java". One of McLean's best-ever – and filled with great original tracks! CD also features 3 bonus tracks from the Brooks session – "Medina", "Melonae's Dance", and "Street Singer".  © 1996-2022, Dusty Groove, Inc.
(1987 pressing.)