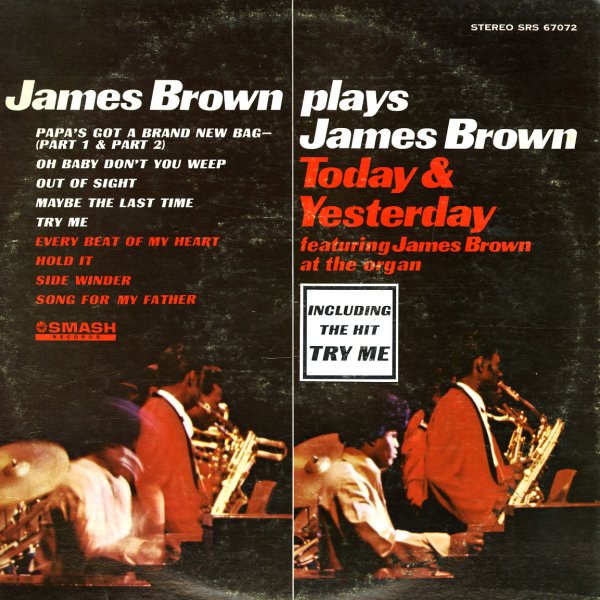 Funky instrumentals – with James on organ, grooving hard in a raw 60s R&B mode! Lots of the tracks are versions of James' big 60s hits – like "Papa's Got a Brand New Bag (parts 1 & 2)", "Try Me", and "Out of Sight" – but there are also some jazzier tracks, like "Song for My Father" and "Sidewinder", and a great version of the classic Billy Butler tune "Hold It", always a favorite for us!  © 1996-2022, Dusty Groove, Inc.
(Mono pressing with deep groove. Labels have a name in marker. Cover has light surface wear and a tiny peel from an old price sticker.)