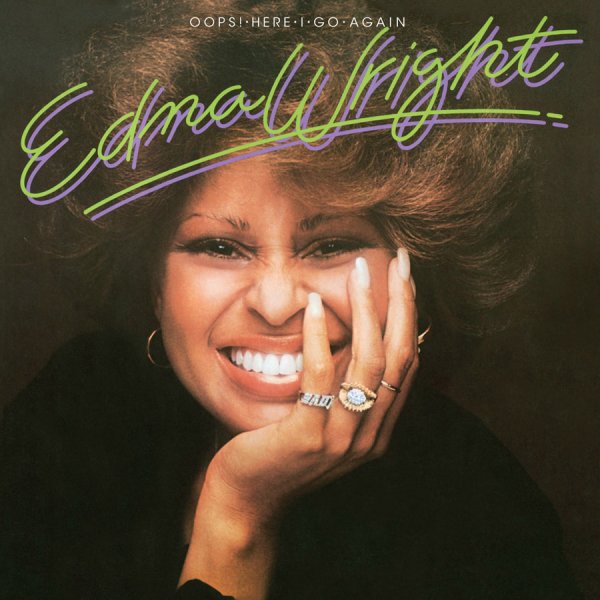 A stunner of a solo set from Edna Wright – once the lead singer for Honey Cone, but almost even better on this smooth soul masterpiece from the 70s! The album's got an immediately recognizeable moment in the leadoff cut "Oops Here I Go" – sampled famously by De La Soul and others – but the whole thing's amazing, a killer bit of warm, modern soul put together by the legendary Greg Perry – who makes the whole thing shine every bit as much as his own great Smokin album of the time! Edna's vocals are wonderful – more mature than before, and really stepping out with a proud, sophisticated sort of groove – almost in territory of Jean Carn or Gloria Scott, particularly the latter on some of the album's more grooving cuts. In addition to "Oops Here I Go", other cuts include "Come On Down", "You Can't See the Forest", "Nothing Comes to a Sleeper", "If The Price Is Right", and "Spend the Nights With Me". Great reissue package, too – with full notes and beautiful remastering!  © 1996-2023, Dusty Groove, Inc.