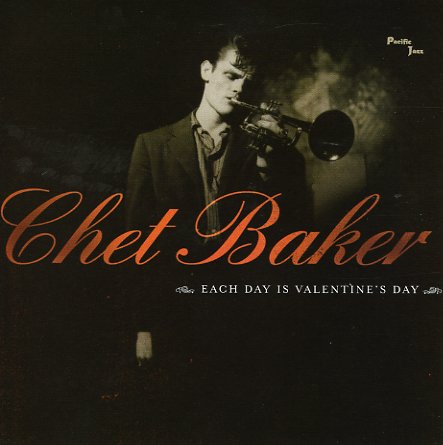 Each Day Is Valentine's Day

Swingin' New Big Band (with bonus tracks)
Pacific Jazz, 1966. Used
CD...$5.99
A hard and heavy side from Buddy, and true to his reputation and the title of the LP, he comes out swinging! The set features a top notch mid 60s group, and from the sound of the numbers on this set, ol' Buddy did need to hand out any of his famous lectures on the bus afterwards, with some crisp ... CD

Moment Of Truth
Pacific Jazz/Capitol, 1963. Used
CD...$14.99
One of the classic big band sessions cut for Pacific Jazz by LA soul jazz arranger Gerald Wilson. Nearly every track's an original, and the album includes Wilson's killer track "Viva Tirado" – a tight jazzy stepper that was covered by loads of other artists, most famously El ... CD

Portraits
Pacific Jazz, Mid 60s. Used
CD...$14.99
An excellent album from Gerald Wilson – one that features some of his most inventive writing and arranging to date! The album's a perfect balance between the two sides of LA jazz in the 60s – the soul jazz groove, and the growing modern scene – which often didn't get the larger ... CD

Romantic Approach/Sophisticated Approach
Capitol/EMI (UK), 1961/1962. Used
CD...$8.99
Beautiful beautiful work from Stan Kenton – 2 albums that both apply the dark tones of his arranging style to a range of popular numbers that end up completely transformed! The Romantic Approach has Stan working with some unusual instrumentation that features the Kenton-designed "melloph ... CD

Live At Monterey
Pacific Jazz, 1966. Used
CD...$14.99
A really great little album recorded by trumpeter Don Ellis in his early years – done at a time before he started putting a bit more fusion in his mix! The record features an extended live performance by a larger group, caught in concert at the Monterey Jazz Fest in 1966 – opening up ... CD