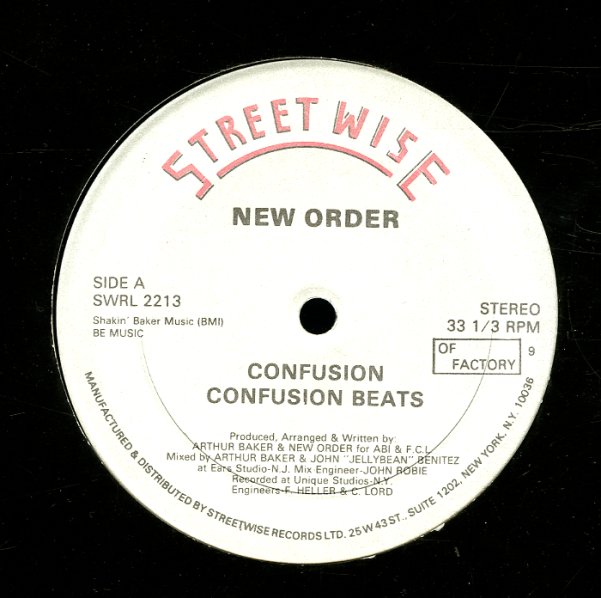 One of the most street-worthy tracks ever issued by New Order – a record that's as much an important part of the Factory Records legacy as it is the early days of hip hop! There's a strongly breaking quality to the rhythms – given help from Arthur Baker – and the tune's got its own catchy vocal version, plus some instrumental and beat mixes too – plenty for the early DJs on the scene to cut and mix!  © 1996-2021, Dusty Groove, Inc.
(In a Streetwise sleeve, with light wear.)

Everythings Gone Green/Cries & Whispers/Mesh
Factory (Belgium), 1981. Near Mint- (pic cover)
12-inch...$19.99
One of the first really catchy songs to ever come from New Order – but served up here on a single that still retains some of the moodier elements of their Joy Division years! At some level, "Everything's Gone Green" is almost a blueprint for everything that would follow – ... 12-inch, Vinyl record