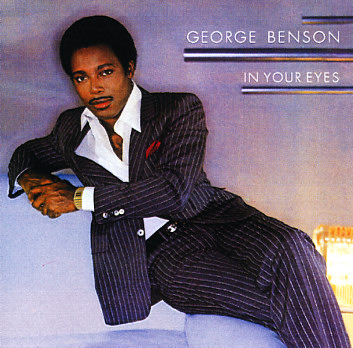 Sweetly jazzy soul from George Benson – a key classic from his great run at Warner Brothers Records, and the kind of record that George did better than anyone else at the time! Back in the 60s, we'd never have guessed that Benson's sweetly crackling vocals would dominate popular jazz more than his great guitar work – but hearing George here, it's clear that his soul work could easily outshine his guitar, especially when set up in a package like this! Atlantic soul maestro Arif Mardin produced, and as with his Chaka Khan productions for Warner at the time, he gives Benson a clean, clear modern style that's certainly pop, but also a lot less cluttered and clunky than modes used with other artists at the time. George is mostly on the vocal tip for the set, and Kashif helps out on one track – no surprise, given that Kashif was soon to walk down the path that Benson had started with his first few vocal albums in the 70s. Titles include "Love Will Come Again", "Use Me", "Late At Night", "In Search Of A Dream", "Lady Love Me", "In Your Eyes", and "Never Too Far To Fall".  © 1996-2021, Dusty Groove, Inc.
(Includes the printed inner sleeve. Cover has light wear.)

Breezin
Warner, 1976. Very Good
LP...$7.99 (LP...$21.99)
A super huge hit for George Benson – and the record that took him from being a funky jazz guitarist into an R&B superstar – opening up sides of his talent that first emerged on his 50s R&B recordings as Little George Benson, but taken here into some very hip 70s territory! The ... LP, Vinyl record album