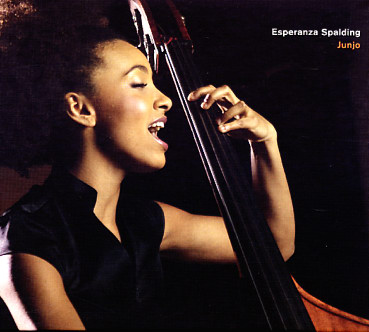 A wonderful little record that's like few other we can think of – the debut of bassist Esperanza Spaulding, a player who also sings along wordlessly with her strings! The style is quite unique, and completely great – and Esperanza's really opened up a whole new territory here with her compelling approach. The lineup here includes piano and drums next to the bass and vocals – brought together with a warmth that recalls some of the best freedoms of mainstream 70s jazz piano sides, touched with modes from Brazilian jazz – but again, the work is done in a fresh approach here that's uniquely its own! Titles include great versions of Jimmy Rowles "The Peacocks", Egberto Gismonti's "Loro", and Chick Corea's "Humpty Dumpty" – plus the originals "Two Bad", "Perazela", "Mompouana", and "Perazuan".  © 1996-2021, Dusty Groove, Inc.
(Includes slipcase.)